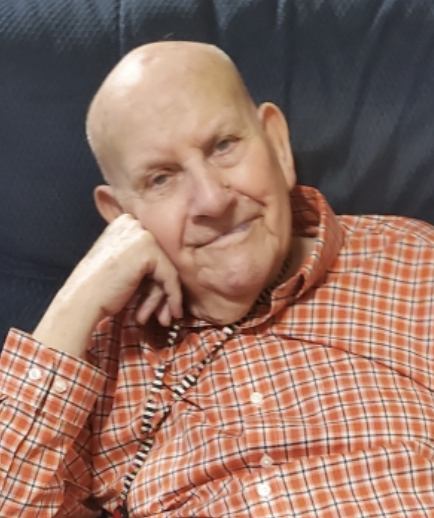 William Franklin Woodrum, 97, of Hill View Retirement Center, went to be with his Lord on Monday, May 17, 2021 with his family by his bedside.  Born on January 9, 1924 in Portsmouth, he was a son of the late Glen and Lucy Walker Woodrum and a member of West Side Church of Christ in Lebanon.

Bill graduated from Glenwood High School, the University of Cincinnati receiving a bachelor’s degree and received his master’s degree from Pittsburgh University.  He taught for over 34 years at Girard High School, where he touched the personal lives of hundreds of students.

Bill was a very proud U. S. Army veteran of World War II, having served his country in both Italy and Africa.

A service will be held at 10:30 a.m. on Saturday, May 22nd at the BRANT FUNERAL HOME IN SCIOTOVILLE with Rev. Ralph Clay officiating.  Interment will be in Memorial Burial Park with military honors by the James Dickey Post of the American Legion.

The family will receive guests at Brant’s after 9:30 a.m. Saturday.

The flags on the avenue, along with the U. S. Army, will fly in honor of proud veteran Bill Woodrum.

Bill’s family would like to publicly thank the staff at Hill View, including John Pose and Melissa Haskins.

To order memorial trees or send flowers to the family in memory of William Woodrum, please visit our flower store.