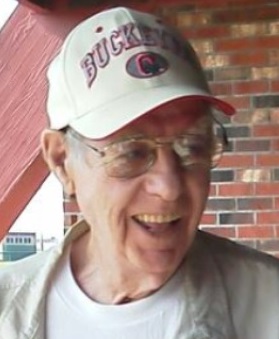 Bill E. Mowery, 93, of Sciotoville, died Monday, January 1, 2018, at the Southern Ohio Medical Center.  Born on October, 6, 1924 in Portsmouth, he was a son of the late Arthur “Shorty” Mowery and Elizabeth Dale Mowery and was a retired pipefitter for Local #577 with 66 years of service.  Red was a 1943 graduate of Glenwood High School, of the catholic faith and a Golden Eagle member of the New Boston Eagles.

Bill was a decorated war hero, being an Army veteran of World War II.  He participated in the Rome-Anzio campaign and was wounded at Mt. Grande, Italy, receiving the bronze star for ground combat against armed enemy during the European-African-Middle East campaign.  Red received the combat infantry badge, the American Campaign medal and World War II victory medal.  He was a purple heart recipient.

Also preceding him in death were his wife of 63 years, Helen Switalski Mowery, a son-in-law, Jim Fucci and two sisters, Mildred Harding and Virginia Hanners.

A service will be held at 1:00 p.m. on Friday, January 5th, at the BRANT FUNERAL HOME IN SCIOTOVILLE with Fr. Joseph Yokum officiating.  Interment will be in the Memorial Burial Park in Wheelersburg with military honors by the James Irwin Post #622 and William Baker Post #363 of the American Legion.

The flags on the avenue will fly in honor of World War II hero, Bill “Red” Mowery.

To order memorial trees or send flowers to the family in memory of William Mowery, please visit our flower store.