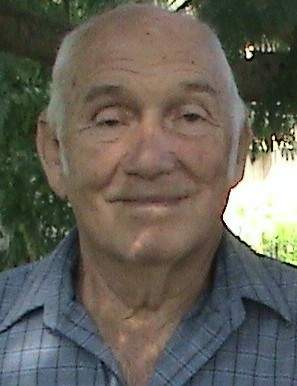 Vernon “Lightning” Williams, 80, of Sciotoville, died Monday, May 30, 2016, at the Southern Ohio Medical Center emergency room.  Born on September 19, 1935 in Scioto County, he was a son of the late Clyde and Polly Castle Williams and was retired from Empire-Detroit Streel Corporation.  Lightning was a dedicated member of the breakfast group of McDonald’s in Portsmouth.

Also preceding him in death were a daughter, Valerie Hamilton, and a brother, Lonnie Williams.

A funeral service will be held at 1:00 p.m. on Saturday at the BRANT FUNERAL HOME IN SCIOTOVILLE with Pastor Ryan Brown officiating.  Interment will be in Sunset Memorial Gardens.  The family will receive guests at Brant’s from 4:00 p.m. until 8:00 p.m. on Friday and one hour prior to the service.

To honor Vernon’s passionate commitment to the Democratic party, the family requests a vote for Hillary in his memory.

To order memorial trees or send flowers to the family in memory of Vernon "Lightning" Williams, please visit our flower store.