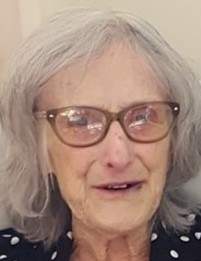 Thelma W. Cole, 88, of Wheelersburg, died Tuesday, February 18, 2020, at home with her family by her bedside.  Born on May 19, 1931 in Elliott County, KY, she was a daughter of the late Ballard and Verna Skaggs Hay and attended the Garden City Free Will Baptist Church and the Berean Baptist Church

Thelma worked at Bihl’s Farms, making salads, for Ezra Robert’s, painting parts for cars, Loraine Shop in Portsmouth, selling ladies clothing, Kressge’s, where she sold ladies underwear, Selby and Williams Mfg., where she put nail heads on shoes, and was an operator for the telephone company.

A service will be held at 12:00 p.m. on Saturday, February 22nd at the BRANT FUNERAL HOME IN SCIOTOVILLE with Tommy Hill officiating.  Interment will be in Memorial Burial Park.

The family will receive guests at Brant’s from 10:00 a.m. until noon on Saturday.

To order memorial trees or send flowers to the family in memory of Thelma Cole, please visit our flower store.