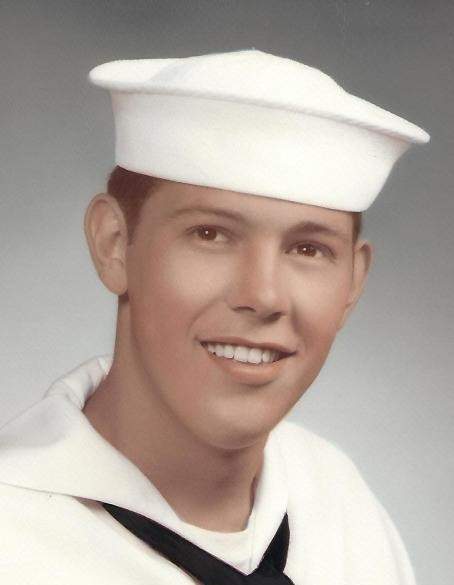 Stephen Lowell Ketter, 71, of Sciotoville, passed away Thursday, June 14, 2018, in the Southern Ohio Medical Center emergency room.  Born on April 22, 1947, he was a son of the late Aldred Lowell and Mary Jo Ketter and retired from the City of Portsmouth as a 911 dispatcher.

Steve graduated in 1966 from East High School and was immediately drafted by the Cincinnati Reds single A team in Sioux Falls, South Dakota.

He was a proud Navy veteran of the Vietnam War, having served on a PBR (Patrol Boat River) from 1968-1972 and the U.S.S. Douglas H. Fox battleship.

Also preceding him in death was his wife, Sherry Flinders Ketter.

A service will be held at 7:00 p.m. on Tuesday, June 19th, at the BRANT FUNERAL HOME IN SCIOTOVILLE with Pastor Brett McGraw officiating.  Military honors will be held immediately following the service.

Memorial contributions may be made to the Sciotoville Post V.F.W. #3638.

The flags on the avenue will be flying in honor our brave Navy veteran Steve Ketter.

To order memorial trees or send flowers to the family in memory of Stephen Ketter, please visit our flower store.