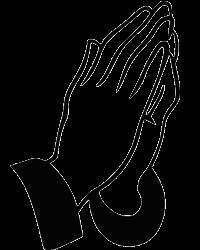 Ronald G. Bonzo, 82, of Sciotoville, went to be with his Lord and Savior on Thursday, January 16, 2020, at his home with family by his bedside.  Born on November 18, 1937 in Scioto County, he was a son of the late Gilbert and Agnes Sergent Bonzo and was a longtime member of Berean Baptist Church in Sciotoville, Ohio.  A devoted follower of Jesus, he was a husband, father, grandfather, brother and friend.

Ron graduated in 1955 from East High School and attended Ohio University.  He worked in the foundry industry in several different states throughout his career and enjoyed all things mechanical.  He was capable of building or repairing anything and was happiest cutting grass on his John Deere tractor and using his Kubota.

Also preceding him in death were two brothers, an infant, Roger, and Richard Bonzo and a sister, Dorothy Beadle.

A Celebration of Ron’s Life will be held at 1:00 p.m. on Thursday, January 23rd, at Berean Baptist Church with Pastor Steve Mann officiating.  Interment will be in Memorial Burial Park.

The family will receive guests at Berean Baptist Church after 11:00 a.m. on Thursday.

Condolences may be made to www.brantfuneralservice.com.

The family extends their gratitude and gratefulness to SOMC Hospice staff for the care and love they gave to Ron during his time in hospice.  They have truly been a blessing to Ron and his family.

To order memorial trees or send flowers to the family in memory of Ronald Bonzo, please visit our flower store.