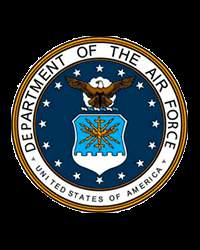 Rodney T. Backus, 90, formerly of Portsmouth, went to be with his Lord on Sunday, August 2, 2020, at his daughter’s residence in Rushville.  Born on August 24, 1929 in Portsmouth, he was a son of the late Charles and Marcella Backus and was a member of Riverview Wesleyan Church.

Retiring as a utility operator, he was very active working outside in the summers, former bowler and enjoyed playing slots, not so much for a win but for entertainment.  But his greatest pleasure was being with his family.

Rodney was a proud veteran of the United State Air Force.

Surviving are a son, Ted (Susie) Backus of Delaware; three daughters, Cindy (Mike) Meeker of West Portsmouth, Patti (Bob) Reeves, with whom he resided for several years and Julie Hairston of Hilliard; twelve grandchildren; twelve great-grandchildren and one great-great grandson.

A Celebration of Rodney’s Life will be held by invitation only at the BRANT FUNERAL HOME IN SCIOTOVILLE with Pastor Mike Queen officiating.  Interment will be in Greenlawn Cemetery with military honors by the James Dickey Post of the American Legion.

The family will receive guests at Brant’s from 5:00 p.m. until 7:00 p.m. on Thursday.  Masks will be required for admission, but not furnished by the funeral home.  Social distancing will be observed.

Memorial gifts may be made to Paralyzed Veterans.

The flags on the avenue, along with the Air Force flag, will fly in honor of proud veteran, Rodney Backus.

To order memorial trees or send flowers to the family in memory of Rodney Backus, please visit our flower store.