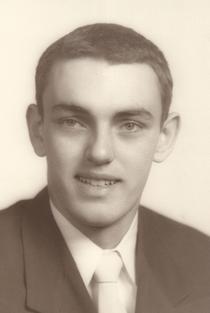 Robert D. “Lefty”  Knowles, 77, of Sciotoville, died Thursday, January 23, 2014, at the Southern Ohio Medical Center.  Born on April 29, 1936 in Portsmouth, he was a son of the late Daniel Knowles and Juanita Hunter Knowles, was retired from Empire-Detroit Steel Corp and K.O.T. in Wheelersburg, and was a 1954 graduate of East High School.

Lefty was a member of Aurora Masonic Lodge #48 and was a 32 nd degree Mason.  He thoroughly enjoyed officiating at football games for 37 years, and was involved in the Sciotoville Little League from 1961 until 1971.

A Celebration of Life will be held at 11:00 a.m. on Monday at the BRANT FUNERAL HOME IN SCIOTOVILLE with Pastor Perry Prosch officiating.  Interment will be in Memorial Burial Park.  The family will receive friends at Brant’s from 1:00 p.m. until 5:00 p.m. on Sunday.  A Masonic Service will be held at 5:00 p.m. on Sunday.  Memorial contributions may be made to the American Cancer Society.

The family would like to publicly thank the Sciotoville Fire Department for their kind assistance with Lefty.

To order memorial trees or send flowers to the family in memory of Robert "Lefty" Knowles, please visit our flower store.