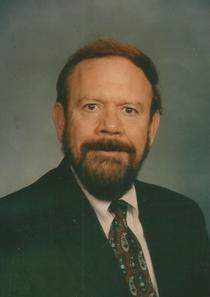 Robert E. Pendleton , 76, of Jacksonsville, FL, died Tuesday, January 6, 2015, at the SOMC Hospice Center. Born on April 6, 1938 in Portsmouth, he was a son of the late Edward and Eva Marie Duzan Pendleton. Bob was a graduate of the Ohio State University, Ohio University, University of Dayton and Wright State Univsersity and a retired Chief Administrator for the VA Hospitals in Albany, NY and Lake City, FL. He was a 32 degree Mason from the Scioto Masonic Lodge in Chillicothe and a member of the Aladdin Shrine in Columbus. Surviving are his brothers and sisters, Janet (Dick) Francis of Ocala, FL, Jerry (Vicky) Pendleton of Mansfield, Sue Pendleton Gregory of New Boston, Rose Phipps of Lucasville, and Linda (Steve) Beck of Lucasville, nieces and nephews, Susan (Steve) Goins, Christopher Goins, Jerry Lee Pendleton, Debbie (Kevin) Burton, Martha (Gregory) Montgomery, Denise (Kevin) Blanton, and Tim (Becky) Phipps, and his best friend, Jim Enger.

A funeral service will be held at 1:00 p.m. on Saturday at the BRANT FUNERAL HOME IN SCIOTOVILLE with Rev. Peter Michael officiating.  Interment will be in Sunset Memorial Gardens.  The family will receive guest at Brant’s from 11 a.m. to 1 p.m. on Saturday.  Memorial contributions may be made to SOMC Hospice.

To order memorial trees or send flowers to the family in memory of Robert Pendleton, please visit our flower store.