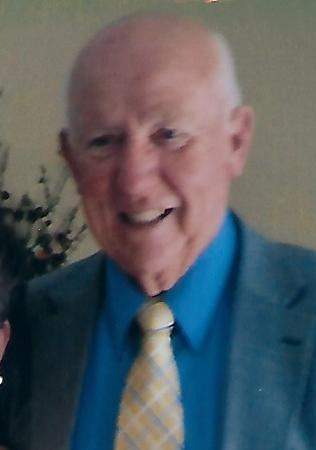 Richard Gary Bays, 85, of Wheelersburg, went to be with his Lord on Tuesday, June 29, 2021, at his home with his family by his bedside.  Born on January 19, 1936 in Portsmouth, he was a son of the late Ernest and Elma Hayes Bays and was a retired district store room manager for A.E.P.

Dick was a lifelong member of Wheelersburg Baptist Church and enjoyed attending 3:16 Ministries with his wife.  He played golf any chance he got and enjoyed talking sports with his friends at McDonald’s in the Burg.  He had played numerous years for the Detroit Tigers baseball organization, making it to the AAA level before injuries ended his career.  As stated by many opponents, “the left-hander could really bring it!”

Dick was an avid Wheelersburg Pirate who rarely missed ANY sporting events, either home or away, for over 55 years.

Also preceding him in death of 54 years were his first wife, Barbara Cunningham Bays, a brother, Edward Bays, a sister, Nancy Spradlin, and grandchildren, Lucas and Marley.

A Celebration of Dick’s Life will be held at noon on Friday, July 2nd, at Wheelersburg Baptist Church with Rev. Brad Brandt officiating. Interment will be in Memorial Burial Park.

The family will receive guests at the church after 10:00 a.m. on Friday.

Memorial gifts may be made to Scioto Hills Christian Camp.

To order memorial trees or send flowers to the family in memory of Richard Bays, please visit our flower store.