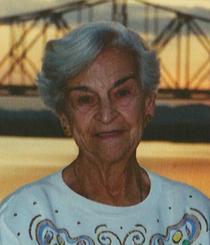 Pauline D. Little, 87, of Sciotoville, died Thursday, December 9, 1926, at the Best Care Nursing and Rehab Center.  Born on December 9, 1926 in Portsmouth, she was a daughter of the late Roscoe and Malta Lowe Gerard, and was a homemaker.  Pauline was a member of the Berean Baptist Church.

A funeral service will be held at 2:00 p.m. on Sunday at the BRANT FUNERAL HOME IN SCIOTOVILLE.  Interment will be on Monday in the Memorial Burial Park.  The family will receive friends at Brant’s from 5:00 p.m. until 7:00 p.m. on Saturday and one hour prior to the service Sunday.

Memorial contributions may be made to the Berean Baptist Church Missionary Fund.

To order memorial trees or send flowers to the family in memory of Pauline Little, please visit our flower store.