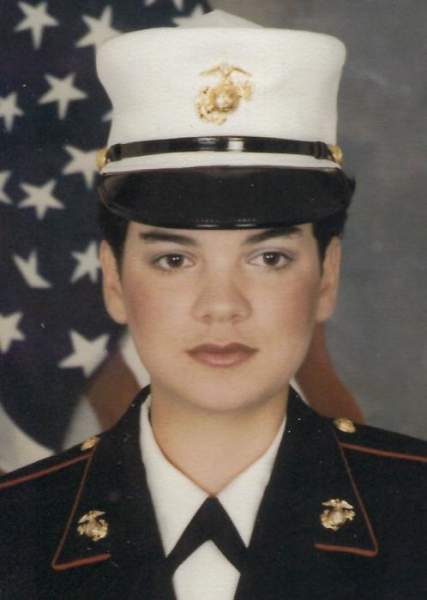 Paula Jean Lore, 51, of Clarktown, went to be with her Lord and Savior on Tuesday, June 18, 2019, at the SOMC Hospice Center with her family by her bedside.  Born on October 6, 1967, she was a daughter of Paul and Carmalita Spencer of McDermott and was a member of Rubyville Community Church.

Paula graduated from Northwest High School and was an insurance agent for Powell Insurance Company in New Boston.  She was a proud United States Marine.  She enjoyed camping, fishing, going to the beach and loved traveling.  One special activity was playing cards with her mom, dad and sister and she would have a “blue ribbon” for baking pies.  Paula was very active in her church, and was   a Sunday school teacher and youth leader at a previous church.  Most importantly she enjoyed her kids and grandkids.

A Celebration of Paula’s Life will be held at 11:00 a.m. on Friday, June 21st, at the Rubyville Community Church with Pastor Calvin Ray Evans officiating.  Interment will be in the church cemetery with military honors by the James Dickey Post of the American Legion.

The family will receive guests at the BRANT FUNERAL HOME IN SCIOTOVILLE from 5:00 p.m. until 8:00 p.m. on Thursday.

The flags on the avenue, along with the Marine Corps flag, will fly in honor of proud Desert Storm veteran Paula Lore.

The family would like to extend a very special “thank you” to the caregivers at the SOMC Hospice Center.

To order memorial trees or send flowers to the family in memory of Paula Lore, please visit our flower store.