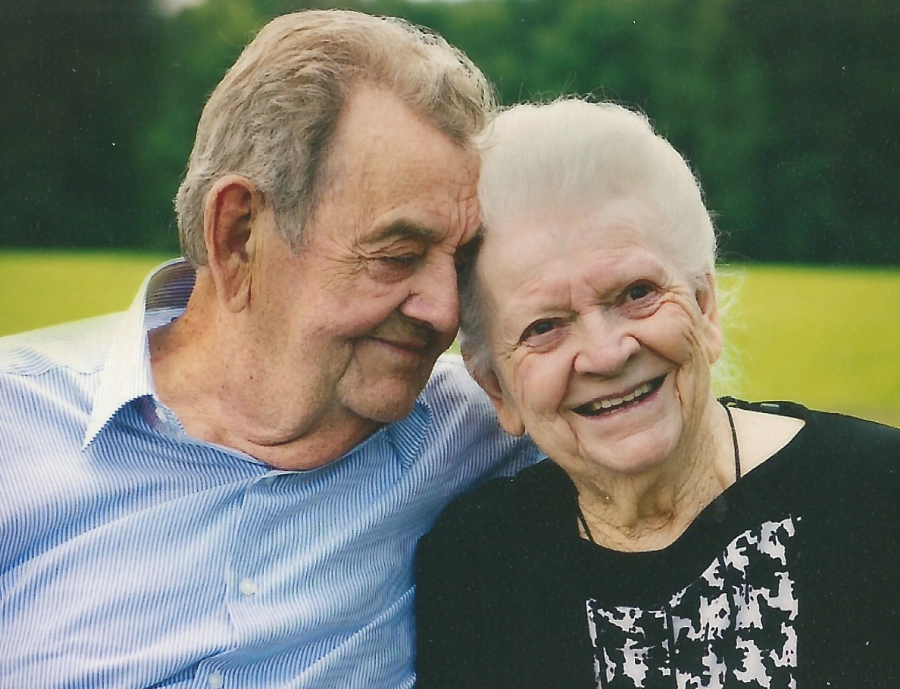 Paul McGinnis, 90, of Sciotoville, went to be with Jesus, on Sunday, August 7, 2016.  On this same date in 1943, he married his loving wife of 72 years, who preceded him in death three months to the day.  They celebrated their 73rd anniversary together in heaven.

Born on June 9, 1926 in Olive Hill, KY, he was a son of the late William and Senia Buckler McGinnis and self-employed at McGinnis Body Shop.

Paul served and worshipped at Mt. Zion Apostolic Church in West Portsmouth and attended other apostolic churches in the area.

Paul was a proud Army veteran of World War II, having attained the rank of Tec 5 and participated in the Central Europe campaign.

Paul’s legacy will be his love for his children and grandchildren, and his love and devotion to his Lord Jesus.

A Celebration of Paul’s Life will be held at 1:00 p.m. on Wednesday, August 10th, at the BRANT FUNERAL HOME IN SCIOTOVILLE with Rev. Edward Messer officiating.  Interment will be in Sunset Memorial Gardens with military honors by the James Dickey Post of the American.

The family will receive guests at Brant’s after 11:00 a.m. on Wednesday.

Memorial gifts may be made to SOMC Hospice or Mt. Zion Apostolic Church.

The flags on the avenue will fly in honor of this brave veteran, Paul McGinnis.

To order memorial trees or send flowers to the family in memory of Paul McGinnis, please visit our flower store.