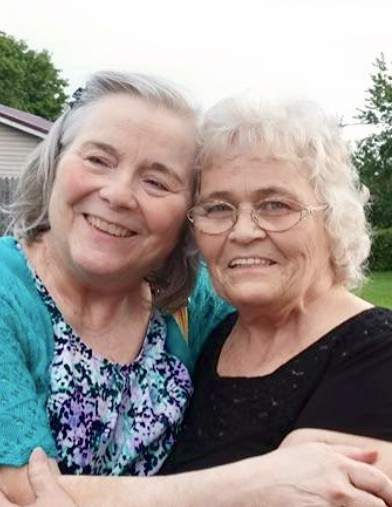 Patricia Dianne Ross Darby, 72, of New Boston, went to be with her Lord on Friday, November, 24, 2017, at the SOMC Hospice Center with her family by her bedside.  Born on October 20, 1945 in Portsmouth, she was a daughter of the late James Ross, Sr. and Freda Royal Ross, was a nursing assistant in home health care and attended First Christian Holiness Church in New Boston.

Patty was a 1965 graduate of Minford High School and a member of their Glee Club, loved to sing, had a beautiful voice and enjoyed working puzzles.  She most enjoyed being with family and friends.

Also preceding her in death were a grandson, Dustin Treadway, a brother, Terry Ross and a sister, Judy Rhoden.

A Celebration of Life will be held at 11:00 a.m. on Tuesday, November 28th, at the BRANT FUNERAL HOME IN SCIOTOVILLE with Pastor Lorenzo Bentley officiating.  Interment will be in Memorial Burial Park.

Patty’s family extends a special thanks to Community Choice Home Care, SOMC Hospice and to Brant’s for continually serving the family.

To order memorial trees or send flowers to the family in memory of Patricia Ross Darby, please visit our flower store.