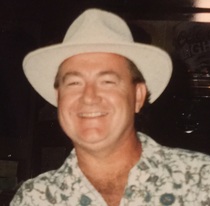 Melvin L. Ramey , 69, of Sciotodale, died Tuesday, December 16, 2014, at Hempstead Manor in Portsmouth, Ohio, after a year long battle with cancer. Born on August 26, 1945 in Portsmouth, he was a son of the late Kinner and Darlene Aeh Ramey and was a retired front line manager for USEC and of the Baptist faith. Mel was an Air Force veteran of the Viet Nam War.

Melvin enjoyed feeding the wildlife at his home, watching his granddaughter play on the Portsmouth High School Volleyball Team and a Spiketown Club Volleyball Team. He had a great impact on many persons in his life and truly enjoyed plowing the snow from the driveways of his neighbors in Sciotodale, oftentimes returning home with frost on his eyelids.

Also preceding him in death was a brother, Conrad Ramey.

A graveside service will be held at 1:00 p.m. on Thursday at Memorial Burial Park in Wheelersburg, Ohio, with Chad Monroe officiating. Military honors will be by the James Irwin Post #662 and the William A. Baker Post #363 of the American Legion.

A funeral procession will depart the BRANT FUNERAL HOME IN SCIOTOVILLE at 12:30 p.m. on Thursday for family and friends.

Memorial gifts may be made to the Multiple Myeloma Research Foundation. www.themmrf.org.

To order memorial trees or send flowers to the family in memory of Melvin Ramey, please visit our flower store.