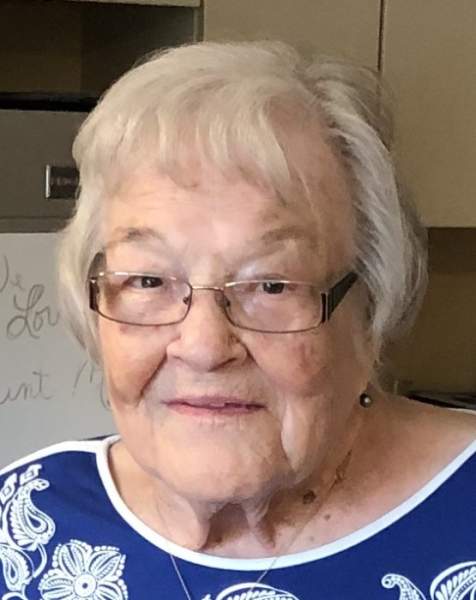 Mary Elizabeth Kisor, 93, of Hill View Retirement Center, formerly of Sciotoville, went to be with her Lord on Friday, February 4, 2022, from the Southern Ohio Medical Center.  Born on December 13, 1928 in Friendship, she was a daughter of the late August and Margaret Walter Hahn.

Mary was a retired secretary for Portsmouth City Schools and a member of St. Monica Catholic Church.

A Mass of Christian Burial will be held at 1:00 p.m. on Thursday, February 10th, at Holy Redeemer Catholic Church with Fr. Patrick Watikha as celebrant.  Interment will be in Greenlawn Cemetery.

The family will receive guests at the BRANT FUNERAL HOME IN SCIOTOVILLE from 11:00 a.m. until 12:00 noon.

To order memorial trees or send flowers to the family in memory of Mary Kisor, please visit our flower store.