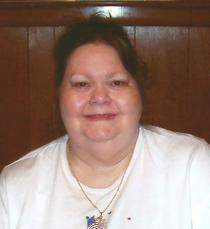 Mary L. Fields, 67, of New Boston, died Wednesday, April 23, 2014, at Heartland of Portsmouth.  Born on January 14, 1947 in Portsmouth, she was a daughter of the late Wade and Maxine Ginn Donahue and attended Salem United Methodist Church in Minford.  Also preceding her in death were her former husband, Timothy Fields, Sr. and a brother, Troy Donahue.

A funeral service will be held at noon on Monday at the BRANT FUNERAL HOME IN SCIOTOVILLE with Pastor Chris Clark officiating.  Interment will be in Sunset Memorial Gardens.  The family will receive friends at Brant’s after 10:00 a.m. on Monday.

To order memorial trees or send flowers to the family in memory of Mary Fields, please visit our flower store.