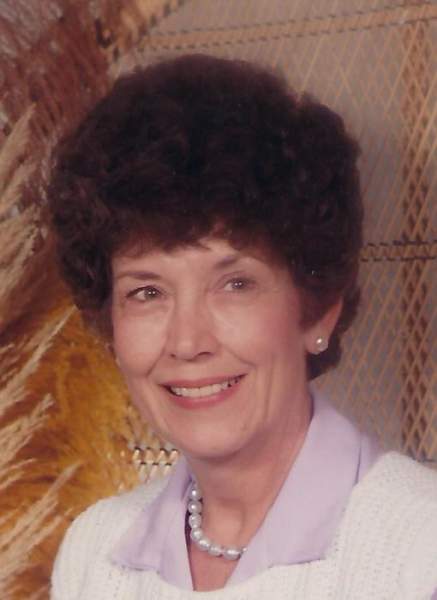 Joan Gill, 86, died peacefully on February 16th, 2020 at SOMC Hospice Care Center surrounded by family and friends. She was reunited with her childhood sweetheart and late husband, Ralph Gill, on their 70th wedding anniversary, who preceded her in death in 2007.

Joan was born on September 2nd, 1933 in Beaver, Ohio to the late Banfield Chandler and Eva Marie Williams Chandler. Joan married Ralph Gill on February 16th, 1950. She and her husband lived a very active life through his 23 years of military service, living in various states across the country and abroad in Okinawa, Japan. She frequently enjoyed singing in the Officers Clubs, with “See You in September” as her favorite song to sing. She and her husband later returned to Portsmouth, Ohio in 1970, where they remained for the rest of their lives.

Joan’s beautiful smile and zeal for life touched many generations. Joan was an avid bowler, a gifted decorator, and an entertaining storyteller. It was not unusual to see her home transformed every few months, or to find her sitting on the porch in the summer months telling stories to her grandchildren, friends, and neighbors. She could hold an audience captive for hours with her pleasant voice and her endearing personality. Joan did not know a stranger. She was a beautiful hostess who will be fondly remembered by family and friends for her joyful Christmas parties and warm apple cider.

As a devoted mother, grandmother, and homemaker, her first priority and joy in life was loving and protecting her family. She exemplified what a mother should be: full of love, guidance, and words of wisdom. Her perseverance in the face of adversity embodied the strong woman she was. Throughout her life, she illustrated to her family the importance of caring for others and the preciousness of family bonds.

A service will be held at 11:00 a.m. on Friday, February 21st, at the Brant Funeral Home in Sciotoville with Pastor Jim Jones officiating. Interment will be in Greenlawn Cemetery. The family will receive guests at Brant’s from 5:00 p.m. until 7:00 p.m. on Thursday.

Memorial gifts may be made to Joan’s favorite charities: the American Lung Association, St. Jude Children’s Research Hospital, and/or the Wounded Warrior Project.

To order memorial trees or send flowers to the family in memory of Joan Gill, please visit our flower store.