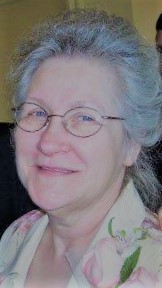 Janet B. (Gifford) Potts, 76, of Fairborn, passed away Monday, November 11, 2019 at her residence.  Born on November 3, 1943 in Portsmouth, she was a daughter of the late Raymond and Viola (Benedict) Gifford.

Janet retired as the manager of the Fairborn BP station and her life was devoted to her family and God.  She attended New Life Family Worship Center in Portsmouth, before moving to Fairborn.

In addition to her parents she was preceded in death by a son, John David Potts who had served in the US Army during Desert Storm; two brothers, Raymond Van Buren Gifford and Tommy Joe Gifford; and a sister-in-law, Linda Moses Gifford.

A service will be held at 1:00 p.m. on Saturday, November 16th at the New Life Family Worship Center with Pastors Mike Gifford and Jim Gifford officiating.  Interment will be in Scioto Burial Park.

The family will receive family and friends at the New Life Family Worship Center from 4:00 p.m. until 6:00 p.m. on Friday, November 15th.

To order memorial trees or send flowers to the family in memory of Janet Potts, please visit our flower store.