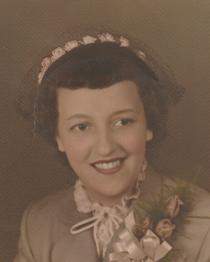 Jacqueline Joan Morton, 79, of Sciotoville, died Monday, October 20, 2014, at the SOMC Hospice Center. Born on October 5, 1935, she was a daughter of the late Corliss P. McDorman and Norma Susan Cox McDorman, and was a retired surgical technician at the Southern Ohio Medical Center.

Joan was also preceded in death by her husband, Jack Morton, and a sister, Beulah “Sissy” Gobble.

A funeral service will be held at 1:00 p.m. on Friday at the BRANT FUNERAL HOME IN SCIOTOVILLE with Rev. Peter Michael officiating. Interment will be in Memorial Burial Park. The family will receive guests at Brant’s from 5:00 p.m. until 8:00 p.m. on Thursday.

To order memorial trees or send flowers to the family in memory of Jacqueline Morton, please visit our flower store.