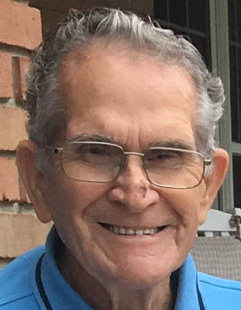 Jackie L. Williams, 87, of Franklin Furnace, went to be with his Lord on Wednesday, December 6, 2017.  Born on January 3, 1930, in Ashland, KY, he was a son of the late Leslie and Cassie (Gullett) Williams and attended Midland Baptist Church in Midland City.

Jack was in the U. S. Navy serving on the USS Whetsone and the USS Gunston Hall.

He was best known being co-owner of he House of Bargains in Wheelersburg and collecting pop cans.  Retiring from Sement Solvay, he enjoyed going to flea markets and auctions.

Also preceding him in death was his only sister, Barbara Niemer.

A funeral service will be held at 3:00 p.m. on Saturday, December 9th, at the BRANT FUNERAL HOME IN SCIOTOVILLE with Elder Rex Smith officiating.  Interment will be in Haverhill Cemetery in Franklin Furnace.

The family will receive guests at Brant’s after 2:30 p.m. on Saturday.

To order memorial trees or send flowers to the family in memory of Jackie Williams, please visit our flower store.