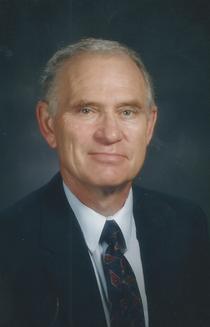 Howard Walter McGraw, 71, of Sciotoville, went to be with his Lord on Friday, October, 3, 2014. Born on December 12, 1942 in Portsmouth, he was a son of the late Cecil and Jean Ressinger McGraw and was a retired instructor for Portsmouth East High School.

A 1960 graduate of Minford High School, he received his undergraduate degree from Bob Jones University and master’s degree from Xavier University. Howard had also taught at Minford, West, S.O.C.F. and was an adjunct faculty member of Shawnee State University.

A Celebration of Life will be held at 11:00 a.m. on Monday, October 6, 2014, at the BRANT FUNERAL HOME IN SCIOTOVILLE with Pastor Brett McGraw officiating. Interment will be in the Memorial Burial Park. The family will receive friends at Brant’s from 2:00 p.m. until 6:00 p.m. on Sunday and one hour prior to the service.

Memorial contributions may be made to Minford Bible Baptist Church.

To order memorial trees or send flowers to the family in memory of Howard McGraw, please visit our flower store.