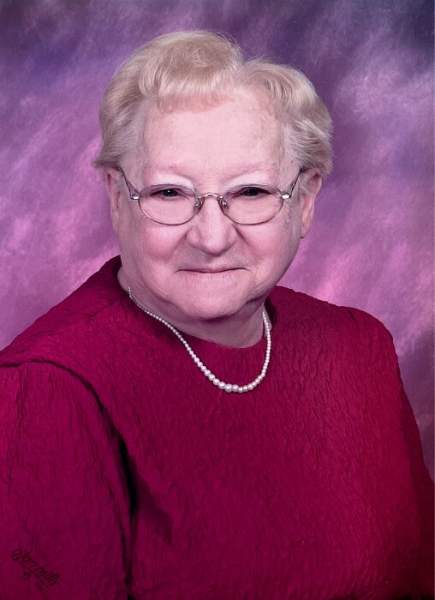 Helen E. Knight, 95, of Wheelersburg passed away Friday, March 4, 2022 at Best Care in Wheelersburg. Born on July 11, 1926 in South Webster to the late Ernest and Ella (Bauer) Seibert and worked as a bus driver and school aid at Happy Hearts in Portsmouth.

Helen attended school in South Webster and will be remembered as a devout member of Cornerstone Church of the Nazarene in Wheelersburg for over sixty years, where she enjoyed being a part of JOY Group and Small Group. She was also a Central Ohio District Assembly Delegate for the Church of the Nazarene, a volunteer of Meals on Wheels, and an active member of the Ohio Public Employee Retirement System. Helen also enjoyed traveling with family members and close friends with the Shawnee Trails Group, listening to southern gospel music, and spending time with her grandchildren and great-grandchildren.

Also preceding her in death is her soulmate, Galen Knight, whom she married on April 25, 1956 in Wheelersburg; her brothers, Harold and Willard Seibert; her sister, Anna Katherine “Sis” Clifford, and many dear friends.

A Celebration of Helen’s Life will be held at 11:00 a.m. on Wednesday, March 9th, at Cornerstone Church of the Nazarene with Matt Hancock and Kenny Speakes officiating. Interment will be in Vernon Cemetery.

The family will receive guests at THE BRANT FUNERAL HOME IN SCIOTOVILLE from 5:00 p.m. until 8:00 p.m. on Tuesday.

Memorial gifts may be made to Cornerstone Church of the Nazarene.

To order memorial trees or send flowers to the family in memory of Helen Knight, please visit our flower store.