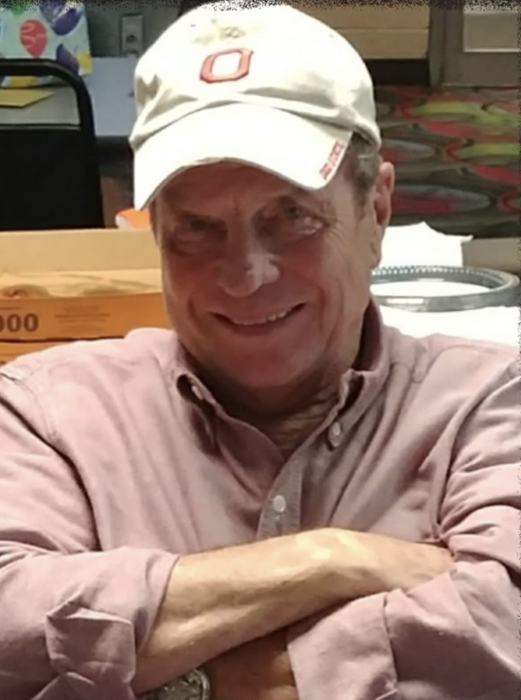 Harry Lloyd Adkins, 76, of Portsmouth, died Friday, May 24, 2019 at the SOMC Hospice Center with his family by his bedside.  Born on April 20, 1943, he was a son of the late Harry C. and Dorothy Alexander Adkins and was a member of Cornerstone United Methodist Church.

Harry was a 1961 graduate of Minford High School and with the Sheet Metal Workers National for over 50 years, and attended the U.S. Engineer School in Fort Belvoir, VA, majoring in construction surveying.

He served in the Army National Guard during the Viet Nam War.

Also preceding him in death were a daughter, Beth Alex Deem, two sisters, Bertie Riley and Zelma Bennett and a brother, Stanley Adkins.

A service will be held at 11:00 a.m. Wednesday, May 29th, at the BRANT FUNERAL HOME IN SCIOTOVILLE with Pastor Greg Carter officiating.  Interment will be in Memorial Burial Park with military honors by the James Dickey Post of the American Legion.

The family will receive guests at Brant’s from 5:00 p.m. until 8:00 p.m. on Tuesday and one hour prior to the service.

Memorial gifts may be made to the Lupus Foundation www.lupus.org/give/ways-to-give, Cornerstone United Methodist Church or SOMC Hospice.

The flags on the avenue, along with the U.S. Army flag will fly in honor of our proud veteran, Harry L. Adkins.

To order memorial trees or send flowers to the family in memory of Harry Adkins, please visit our flower store.