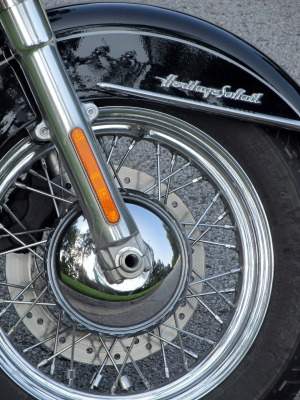 Harold Ray Schwable, age 79, of Daytona Beach, FL, died from injuries sustained in the preparation of Hurricane Dorian on September 9, 2019 at Halifax Memorial Hospital in Daytona Beach, with his family by his bedside.  Born on July 10, 1940 in Portsmouth, he was a son of the late Harold T. and Bersa Parker Schwable and was a School Teacher and Librarian.

Harold was retired from the Northwest School District in Hamilton County, Ohio, where he was the Librarian for Pleasant Run Jr. High School.  He loved to ride and race motorcycles in his younger years, earning him the nickname “Tools”.  Daytona Beach was his “Mecca” due to the races, Biketoberfest and Bike Week each year, and where he once raced at the Daytona International Speedway. He developed a love for the game of golf and brought that love to his son and grandsons alike.

A Celebration of Harold’s Life will be held at 3:00 p.m. on Saturday, March 7th, at the

BRANT FUNERAL HOME IN SCIOTOVILLE.  Interment will be in Memorial Burial Park at a later private ceremony.

Memorial gifts may be made to

These funds will be used to start a library at the Hamilton Ecological Education and Nature Center to be named in his honor.

To order memorial trees or send flowers to the family in memory of Harold Schwable, please visit our flower store.