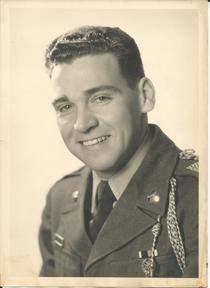 Gordon Bennett Adams, 84, of Sciotoville, died Saturday, October 11, 2014, at the Southern Ohio Medical Center.  Born on April 22, 1930 in South Webster, he was a son of the late John B. and Phoebe Craft Adams and retired from Bihl Office Supply in 2005.

Gordon was a graduate of South Webster High School and was an avid television fan of Ohio State and Cleveland Browns football.

He was an Army veteran of the Korean War, proudly serving as a tank driver in the Tank Company of the 16 th Infantry.

Also preceding him in death in 1984 were his wife, Nancy Fairchild Adams, whom he married on February 14, 1968, two brothers, Johnny Adams and Marvin Adams; three sisters, Vena Willis, Monrova Taylor and Jessie Hildreth and nine half-brothers and half-sisters.

Surviving are a daughter, Michelle Adams of Sciotoville; one brother, Robert (Ann) Adams of New Jersey; one sister, Lima Hypes of Cincinnati; and several nieces and nephews.

A Celebration of Life will be held at 11:00 a.m. on Wednesday, October 15, 2014, at Christ United Methodist Church in Sciotoville with Rev. John Richards officiating.  Interment will be in South Webster Cemetery.  Military honors will be conducted by the James Dickey Post of the American Legion.

The family will receive guests after 10:00 a.m. on Wednesday at the church.  Memorial contributions may be made to SOMC Hospice or Christ United Methodist Church.

Arrangements are under the direction of the Brant Funeral Service in Sciotoville.

To order memorial trees or send flowers to the family in memory of Gordon Adams, please visit our flower store.