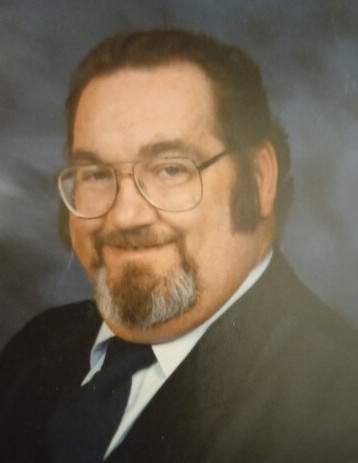 Rev. Gary L. Shonkwiler, 76, went to be with his Lord and Savior on Wednesday morning, August 17, 2022, in his home with a host of family with him.  Born on September 27, 1945 in Portsmouth, he was a son of the late Clyde E. and Edna Moore Shonkwiler. Also preceding him death were a brother and sister-in-law, Curt and Jenny Shonkwiler.

Gary proudly served in the U.S. Navy and reserves during the Vietnam War, serving on the U.S.S. Snowdon DE-246.

He was a minister and pastor for 58 years with the International Pentecostal Church of Christ organization, beginning as youth pastor in Springfield and then went on to pastor in other churches in the I.P.C.C. of Greenfield, Mead, Denver, and Huntington, WV.  Gary remained pastor of the Sixth Street I.P.C.C. in Portsmouth from 1977 to April of 2018.  After stepping down from full time pastor, he remained as assistant pastor until the time of his death.  During his ministry, he had a nursing home ministry and sang with the Happy Times Crusaders.

Any opportunity Gary had, he would witness about God’s love and saving grace, wanting everyone to come to know Jesus as their personal Savior.  Hebrews 12:1-5 were his favorite scriptures, along with his favorite song, “When We All Get to Heaven.”

A Celebration of Gary’s Homecoming will be 11:00 a.m. on Tuesday at the BRANT FUNERAL HOME IN SCIOTOVILLE with Larry Blevins, Shannon Truelove and Clyde Hughes officiating.  Interment will be in Sunset Memorial Gardens.

Memorial gifts may be made to Sixth Street I.P.C.C. or SOMC Hospice.

The flags on the avenue, along with the U.S. Navy flag, will fly in honor of our brave U.S. Navy veteran, Gary.

To order memorial trees or send flowers to the family in memory of Gary Shonkwiler, please visit our flower store.