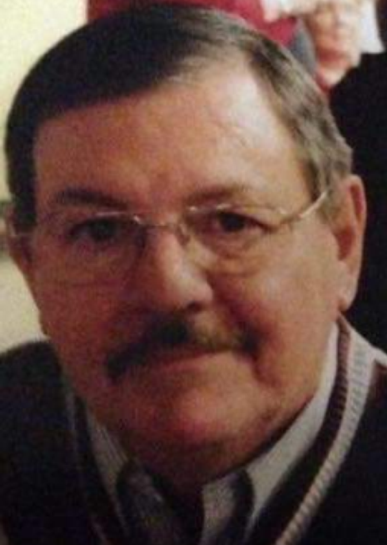 Frank A. Yerardi, age 69, of New Boston, died Saturday, August 27, 2016 at the SOMC Hospice Center.  Born on January 4, 1947 in Portsmouth, he was a son of Ross and Norma Ramey Yerardi and was retired from the police department for Norfolk Southern Railroad.

Frank was a very proud Army veteran of the Viet Nam War and was a member of James Dickey Post #23 of the American Legion, the Disabled American Veterans Post 134, Viet Nam Veterans of America and the Veterans of Foreign Wars Post 3638.  He was currently a commissioner for the Veterans Service Center.  Frank attended Friendship United Methodist Church and was a member of both Western Sun Masonic Lodge #91 and Wheelersburg Eastern Star.  Prior to the railroad employment, he was a detective for 10 years under the late Sheriff John Knauf.

Preceding him in death was his father, Ross Yerardi, two brothers-in-law, Gerry Heitzenrater and Sid McArthur, a niece, Ashley Coey and a nephew, Matthew Heitzenrater.

A Celebration of Frank’s Life will be held at 11:00 a.m. on Wednesday, August 31, 2016 at the BRANT FUNERAL HOME IN SCIOTOVILLE with Pastor Gary Hopkins officiating.  Interment will be in McKendree Cemetery.  Military honors will be rendered at the funeral home on Wednesday.

The flags on the avenue will fly in honor of distinguished veteran, Frank Yerardi.

To order memorial trees or send flowers to the family in memory of Frank Yerardi, please visit our flower store.