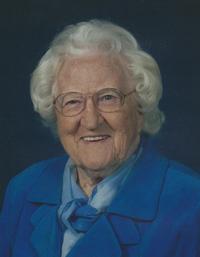 Elsie Spence Zornes Spradlin, 98, of Portsmouth, passed away on July 1, 2013 at her home.  Born on June 2, 1915 in Randville, KY, she was a daughter of the late John Henry and Nellie Howell Kegley, and was a member of the Berean Baptist Church in Sciotoville.  Also preceding her in death were an infant daughter, Shirley Faye Spence; two sons, Donald Spence and Dennis Spence, a grandson, Randall Spence, her husbands, nine sisters, Lula Hackworth, Rose Kegley, Vicie Evans, Lizzie Ginn, Bessie Harrison, Rachel Yeary, Exie Redden, Dorcas Ginn, and Opal Nelson, and a brother, Ernest Kegley.

Elsie was a member, and former president for several years, of the Porter Over 55 Club, where she was also secretary and treasurer for several more years.  In earlier years, she was employed at Selby Shoe factory and helped in the war effort by making helmets and gloves for the air force.  She was a 4 H leader, Girl Scout leader and helped with the Boy Scouts for several years.  As a volunteer she worked in the Nearly New Shop for the Southern Ohio Medical Center.

A Celebration of Life will be held at 11:00 a.m. on Saturday at the BRANT FUNERAL HOME IN SCIOTOVILLE with Pastor Tim Goodwin officiating.  Interment will be in Pine Valley Cemetery near Tollesboro, KY.  The family will receive friends at Brant’s from 5:00 until 8:00 p.m. on Friday and one hour prior to the service.  Memorial contributions may be made to Berean Baptist Church Missionary Fund or SOMC Hospice.  To offer condolences visit www.brantfuneralservice.com.

To order memorial trees or send flowers to the family in memory of Elsie Spradlin, please visit our flower store.