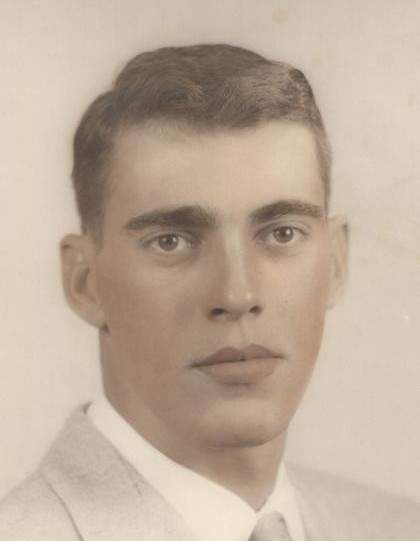 Elmer Schweinsberg, 85, of Wheelersburg, died Thursday, April 19, 2018 at the Crystal Care Center in Franklin Furnace.  Born on April 12, 1933 in Portsmouth, he was a son of the late Elmer and Alberta Foster Schweinsberg.  Elmer was an Air Force veteran of the Korean War and a retired brakeman and conductor for the N&W Railroad.

Also preceding him in death were his loving wife, Bessie Floyd Schweinsberg, whom he married on June 10, 1955; a brother, Paul Schweinsberg and a sister, Ruth Holsinger.

A funeral service will be held on Tuesday, April 24th, at 12:00 noon at the BRANT FUNERAL HOME IN SCIOTOVILLE with Pastor Gary Heimbach officiating.  Interment will be in Memorial Burial Park with military honors by the James Dickey Post of the American Legion.

Elmer’s family wishes to extend a special “thank you” to Crystal Care for the excellent care for him, the Cedar Street Church of Christ in Christian Union and Hospice.

The flags on the avenue will fly in honor of Air Force veteran Elmer Schweinsberg.

To order memorial trees or send flowers to the family in memory of Elmer Schweinsberg, please visit our flower store.