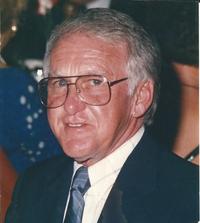 Dr. B.I. Maynard, 85, of Portsmouth, died Thursday, December 12, 2013, in his home.  Born on April 14, 1928 in Portsmouth, he was a son of the late Shirley and Myrtle Maynard, was a graduate of Wheelersburg High, studied journalism at Ohio University, and received his Doctorate in Chiropractic from Palmer College of Chiropractic.  He practiced his profession in Portsmouth until he retired in 1993.

Prior to serving in the U.S. Army during the occupation of Japan following World War II, he worked as a copy writer for WNXT Radio, wrote articles for journals, and was currently working on a nautical lexicon. B.I. attended Christ’s Community Church and was a member of Aurora Masonic Lodge #48.

He was instrumental in Portsmouth River Days from 1997-1999 and other community activities, was elected chairman of the ethics committee for the Ohio State Chiropractic Association, and was elected Chiropractor of the Year for the State of Ohio, and later was inducted into the Chiropractic Hall of Fame.

Also preceding him in death was a brother, William Maynard, and a sister, Helen Clutters.

Surviving are his wife of 40 years, Sandra Ramey Maynard, three sons, Jeff Maynard and Gregg Maynard, both of Portsmouth, and John Shepherd of Lucasville, and four grandchildren, Evan, Ethan and Elliott Shepherd, and Stephanie Barber-Maynard.

A funeral service will be held at 1:30 p.m. on Sunday at Christ’s Community Church with Rick Clark and Ralph Clay officiating.  Interment will be in Greenlawn Cemetery with military honors by the James Dickey Post of the American Legion.  The family will receive friends at the BRANT FUNERAL HOME IN SCIOTOVILLE from 5 to 8 p.m. on Saturday and at the church one hour prior to the service on Sunday.  A masonic service will be 8:00 p.m. on Saturday.  Memorial contributions may be made to SOMC Hospice.  To offer condolences visit www.brantfuneralservice.com.

To order memorial trees or send flowers to the family in memory of Dr. B.I. Maynard, please visit our flower store.