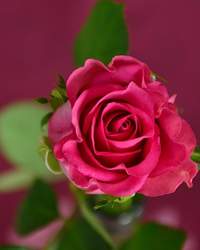 Dorothy Margaret Moore was the first child of Jacob and Minnie Born of New Boston, Ohio, where she lived and was a lifelong member of St. Monica's Catholic Church. Dottie graduated at 16 from Central Catholic High School. In 1941 Dot married Eugene "Salty" Moore; they had five children. She would go on to retire from a nursing career at Mercy Hospital in 1985.

Dot was a well-known figure in New Boston and surrounding communities having run the St. Monica Rummage Sale for decades. In 1995 she received the Diocese of Columbus Bishop's Award for her commitment and leadership in service to those in need. She was admired by many for her humility, generosity and quiet strength.

Dottie was happiest with as much of her family around as she could possibly gather, and at those times she shined with delight. She lived independently until last fall when she became a resident of Concord Health and Rehab Center. Over the past weekend, Dot was admitted to SOMC Hospice, and on July 1st, she passed on peacefully with her children and grandchildren by her side. At the end of this month, she would have been 98 years old.

Dot was preceded in death by her husband Gene, grandson Eric Broughton, and brothers Robert and Richard Born. Surviving are her brother, Jerry; children Monica Moore (Bob Bullock), Marijane Kelly (Carol Kennedy), Margie (Danny) Broughton, Marty (Kim) and Michael (Connita); grandchildren, Will, Clair, Ruby, Jesse and Corina Bullock, Brian and Kate Kelly, Emily Broughton, Caiden Davison and Jessica Matheny and Jacob and Joshua Moore; and great-grandchildren Madison, Mason, McKenzie, Alex and Chloe, Blason and Aiden, and Elijah. Dot was blessed with a wide range of extended family, including loving nieces and nephews, and dear friends. She valued people over things, mercy over judgment; a modest person, she relished a good joke. After almost a hundred years of doing her best to live by kindness and honest faith, she reunited in peace with her God.

A memorial mass celebrating Dorothy’s life will be held at 5:00 p.m. on Wednesday, July 24th at St. Monica’s Catholic Church.   Burial will be at 11:00 a.m. on Saturday at St. Peter's Cemetery.

To order memorial trees or send flowers to the family in memory of Dorothy Moore, please visit our flower store.