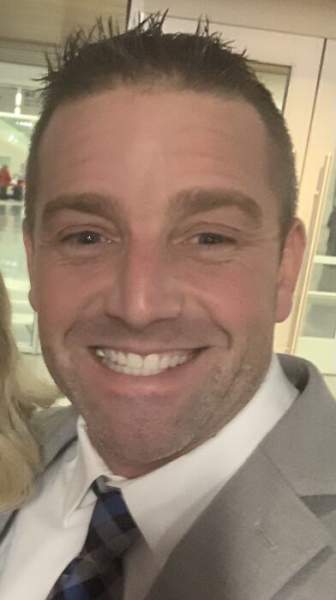 David Bryan Porter, Jr., 39, of Wheelersburg, went to be with his Lord on October 4, 2021 at his residence.  Born on May 28, 1982 in Portsmouth, VA, he was the son of David and Loretta (Casey) Porter, Sr. of Wheelersburg and was a counselor at the Counseling Center.

David was a 12-year Navy veteran, having received many awards and accommodations.  He attended The Rock Church and was attending Liberty University online, nearing graduation.  David was an avid Ohio State fan.

Also surviving are two sons, Davin Simmons of Boise, Idaho and David B. Porter, III of Lucasville, a sister, Kasey (Ryan) Rush of Lucasville, nieces and nephews, Ava, Bella and Ace, numerous aunts, uncles, and cousins and his loving girlfriend, Kristi Clark of Hurricane, WV and her children, Christian, Gracie and Stephen.

A service will be held at the convenience of the family with military honors by the James Dickey Post of the American Legion.

The flags on the avenue, along with the U. S. Navy flag, will fly in honor of veteran David Porter, Jr.

To order memorial trees or send flowers to the family in memory of David Porter, Jr., please visit our flower store.