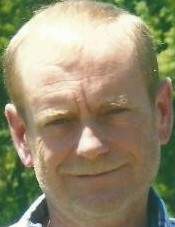 Curtis was a carpenter by trade, loved farming and playing his guitar and enjoyed his bluegrass music.

Also preceding him in death was his wife, Patricia McKnight Besco, and a brother-in-law, Kenny McKnight.

A funeral service will be held at 11:00 a.m. on Saturday, August 27th, at the BRANT FUNERAL HOME IN SCIOTOVILLE with Pastor Kenny Kliaber officiating.  Interment will be in Vernon Cemetery.  The family will receive guests at Brant’s from 5:00 p.m. until 8:00 p.m. on Friday.

To order memorial trees or send flowers to the family in memory of Curtis Besco, please visit our flower store.