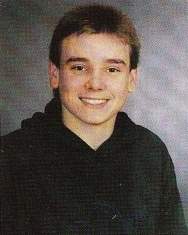 Christopher Thomas McKenzie, 41, of Carmichaels, PA, died Monday, August 28, 2017, at his home after a lengthy illness.

Chris was a former manager of Texaco Lube in Wheelersburg, a graduate of Northwest High School and the Law Enforcement Academy.  He was an active member of the Sons of the American Legion.

Preceding him in death was his mother, Linda Coburn McKenzie.

Surviving are a son, Devin McKenzie of Sciotoville; his father, Thomas McKenzie of Grottoes, VA; a sister, Leslie (Denny Abbott) McKenzie of West Union; a granddaughter, Paisley McKenzie and his wife, Danielle McKenzie of Rubyville.

A funeral service will be held at 3:00 p.m. on Saturday at the BRANT FUNERAL HOME IN SCIOTOVILLE with burial in Scioto Burial Park.

Memorial gifts may be made to Juvenile Diabetes.

To order memorial trees or send flowers to the family in memory of Christopher McKenzie, please visit our flower store.