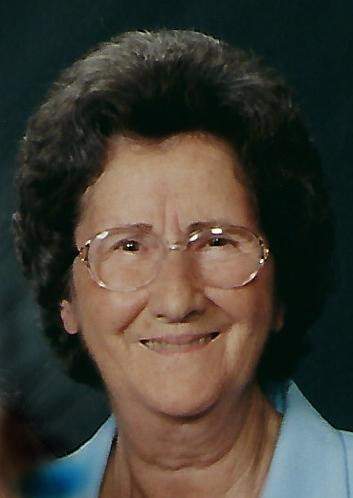 Beulah Williams Hauld, 91, of Portsmouth, went to be with her Lord on Friday, March 27, 2020, at the SOMC Hospice Center.  Born on December 19, 1928, she was a daughter of the late Leslie and Florence Thurman Sapp and retired from Kroger’s.

Beulah was a member of Riverview Wesleyan Church and graduated from Portsmouth West High School, being double promoted in the 8th grade.  She was a proud member of the River City Quilt Guild and loved quilting with her friends.

A Celebration of Beulah’s Life will be held at the BRANT FUNERAL HOME IN SCIOTOVILLE with Pastor Adam Satterfield officiating.  Interment will be in Memorial Burial Park.

Because of health restrictions, the visitation and service will remain private, with a Memorial Service to be announced at a later date.

To order memorial trees or send flowers to the family in memory of Beulah Williams Hauld, please visit our flower store.