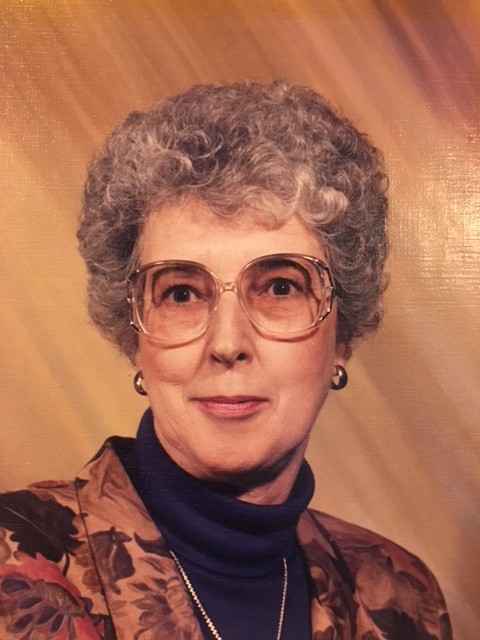 Betty Ruth Humble, 87, of Wheelersburg, died Monday, March 12, 2018, at her home.  Born on Valentine’s Day, February 14, 1931 in Wheelersburg, she was a daughter of the late Charles and Opal Pennington Dials and was a registered nurse.

A graduate of East High School in 1948 and Mercy Hospital School of Nursing in 1951, she worked at Children’s Hospital in Columbus during the polio epidemic, working with children in Iron Lungs.

Betty returned in 1953 to the Portsmouth area to be with her family after her brother, Doug Dials, was killed in action in Korea, eleven days before the end of the Korean War. She did research on the Korean War and how her brother was killed, and communicated with some of his surviving comrade friends, who were also ambushed the same night.  A total of eleven of Doug’s buddies were killed.

In 1960 she moved to Walled Lake, MI and worked for the State of Michigan Hospital for Handicapped Children for ten years.  Betty then moved back to Portsmouth again in 1971 and was employed by the Detroit Steel hospital.  When the steel mill closed, she transferred to the New Boston Coke plant, being the last nurse employee.

Also preceding her in death were her husband, Thomas Humble, in 1971, whom she married January 6, 1956; another brother, Billy Ray Dials; a sister, Joyce Colleen Dials; a grandson, Tommy Dorst, a longtime companion, Garland Day and a special aunt, Ethel Pennington Hughes.

A service will be held at 11:00 a.m. on Friday, March 16th, at the BRANT FUNERAL HOME IN SCIOTOVILLE with Pastor Dennie Hankins officiating.  Interment will be in Memorial Burial Park.

Memorial gifts may be made to the Mercy Hospital School of Nursing Alumni.

Betty had an avid interest in genealogy and belonged to several organizations.  She traveled to many conventions and collected information for over 40 years.  Her obituary wouldn’t be complete if there weren’t many dates and details.

To order memorial trees or send flowers to the family in memory of Betty Humble, please visit our flower store.